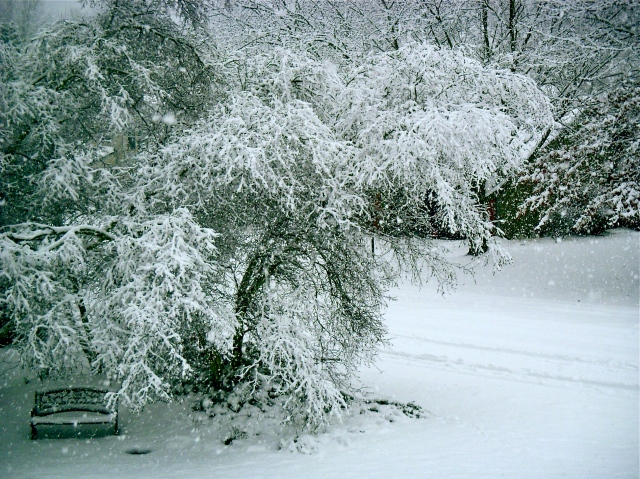 The first Sunday of 2014 saw us knocking heavy snow off the bowing birches in our front yard, while wishing we’d flown south with the sandhill cranes heard above us on Christmas Eve. They had known what was coming, you see. In a few hours, those trees would lose their fight with winter’s version of gravity while the power snuffed out at our house, only to return three days later.

My family soon realized there were just two households affected in our neighborhood, and the grim waiting game began as we sat forgotten among the thousands without furnaces in subzero temperatures. I had always pictured an ice storm for this scenario, not the burden of wet snow chased by a polar vortex, so we had stocked up on food rather than firewood. Our neglected wood pile lay under a foot of white in our backyard tree line while my husband dug out what he could for a fitful night sleeping next to the smoky fireplace.

By the time a weak sun rose the next morning, arctic winds were howling and the house had reached an uncomfortable 50 degrees. Our plans shifted into survival mode. We moved refrigerated food into plastic tubs outside, drained the water pipes, and camped out in our kind neighbors’ family room for two more nights, while listening for a fleet of utility trucks that never came. During the day, we kept a fire going to keep the interior temps above freezing. At night we visited with flashlights to check the dark rooms for signs of distress, burglars in our own home while the Christmas lights next door mocked our misfortune.

On the fourth day, after the other powerless neighbor had successfully navigated the voicemail maze and filed a formal complaint, a lone utility vehicle appeared at the end of our street. My husband and I stood and waved in knee-deep snow like shipwreck survivors flagging down the rescue vessel.

It was a ten-minute fix at an electrical box. No storm damage, no sizzling power lines down, no underperforming transformers. Just a bad circuit and indifference.

Without life’s usual distractions (you know — like heat and water), I had a lot of time to sit around thinking about the irony of living in a civilized suburb where you give up your survival independence for assurances of a speedy recovery. The well-stocked woodshed and potbellied stove are traded in for that quick drive to the grocery store and treated roads. Isn’t infallible big city infrastructure supposed to trump those off-grid nonconformists?

And my old childhood issues of being different and singled out reared their ugly new year heads as I searched the foggy mists from burning wet wood. Instead of reading that long deferred book club choice, or knitting on my never-ending sock, I could only obsess over why this had happened to us and how we could have prevented our predicament, as if playing the role of model citizens who always pay utility bills on time and follow the suburban rules held any guarantees. We have become very good at minding our own business, beholden to no one.

Often the lessons I don’t want to learn are the ones I need the most.

If for no other reason, the tyranny of fate forced us to ask for help, a strange position for us, and neighbors across the street immediately responded. They took us in and shared their lives with people who live feet away and yet worlds apart. There were histories shared with food at dinner and fires stoked to warm relationships. They provided us with flashlights and guidance, outlets to recharge our batteries and spirits. The cleared path between our houses became comfortably worn.

And now with the usual expectations restored when we flip on a switch, our sense of importance is thawing while our complacency may not come back until spring. But that suburban isolation has fallen away as the snow melts and the unbreakable birches pick themselves up off the ground to freely wave their branches in the breeze once again, giving us back our view of the neighborhood, and our connection to community. 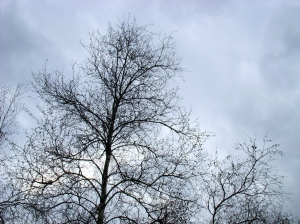 5 thoughts on “On the Rebound”

Tamara is an artist, photographer, and writer who finds her inspiration in the natural world.